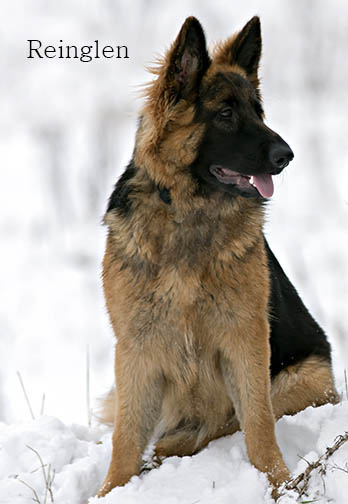 Kassi is a medium size long coat, black and tan. In the Kennel Club Good Citizens Dog Scheme Kassi has attained Puppy, Bronze Silver Gold and Platinum. She got her Bronze when she was 12 weeks old, her Silver when she was 5 months old, Gold at 10 and a half months and Platinum at 15 and a half months. She is a very outgoing girl who loves everyone, and thinks everyone loves her. She has started training for IPO (Internationale Prüfungs-Ordnung) and has passed her BH (Begleithund) at the White Rose Schutzhund Club. On the 13th of November Kassi won 1st place trophy in the KC Good Citizens Platinum Test for the second time.

Kassi passed her AD (AUSDAUERPRÜFUNG) test on the 21st June 2014, which is an endurance test where the dog runs 12 miles alongside a bike and then does obedience at the end, under judge Richard James. Then in the afternoon she did her breed survey where she was given a class 1 under judge Terry Hannon.

Kassi at the WUSV/GSDL British Regional Event 2012 where she got 2nd place in the Special Long Coat Puppy. 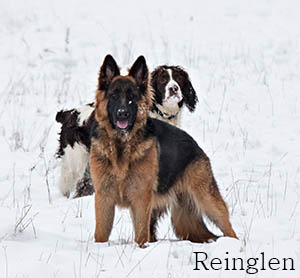 Kassi and Tip playing in the snow. 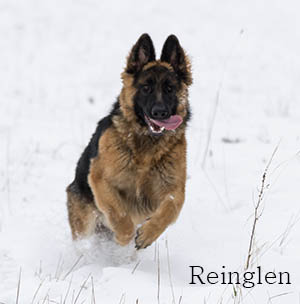